Gardening
It's what I do this time of the year.
Things are doing better this year - because we hauled in 3 yards of compost - 1 from the landfill in Bend, and 2 of the expensive ones from Redmond Greenhouse. AND, I've been using some of the nice red worm compost that our little pets produce. Our season is shorter over here than when we lived in the valley, so some adjusting to do. Of course, we returned from our trip south too late to get much started in the new greenhouse, so a lot of the seeds were planted in the ground a little late :)
This is the huge culinary sage bush that has been going for a couple of years. It seems happy. 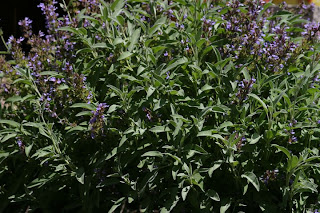 You really can't tell from this photo, but the corn is knee high!!! And it's not even the 4th yet, so we should have some yummy corn this year. I learned the secret to prevent the corn worms - we'll see if it works. Last year, we had to salvage partial ears. 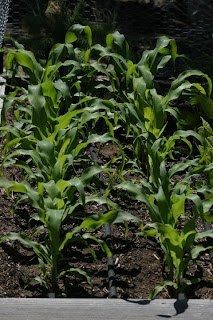 The first zucchinis are forming - much to Dean's chagrin! The only way he like them is in bread! 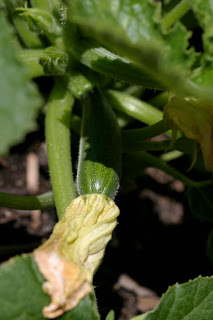 And the tomatoes are looking good - these are the 2 that were in the water walls when the critter ate the other 2. Still don't know what got them. Haven't had problems since, but most of the raised beds are fenced with chicken wire now. 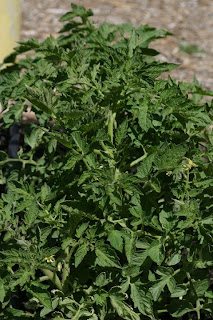 On to the flowers. I have some really beautiful lilies. 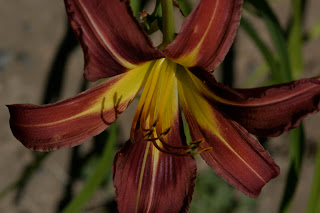 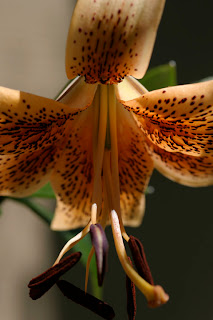 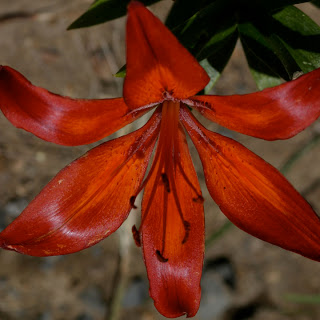 This huge moth came visiting last night. He/she was on the screen door when I was going out to the deck. A rather patient thing, it allowed me several photos. This one shows Dean's have for size - he (Dean, not the moth) was inside and I was outside. 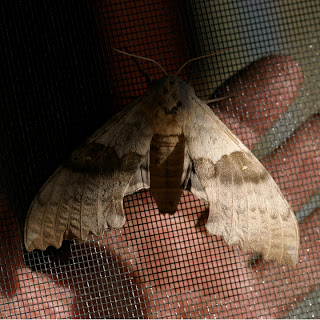 Don't know how well you can tell from this photo, but the clouds the other night were really strange. Looked like the ocean. The more distinct ones are at the top, but there are also some faint ones toward the bottom. It was a typical (sorry......) beautiful sunset. Mt Jefferson on the horizon. 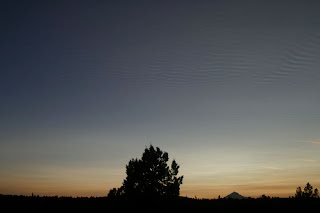 With all the "news" taken up with Michael Jackson's passing, you would think that there wasn't a war going on, a health care and housing crisis, people going hungry, global climate change, etc., etc., etc. And, with the closing of Pride Month, Lt Choi goes on trail for "telling" What a shame. Let's evolve, folks. Let's turn into the people that Jesus wanted us to be - loving our neighbors and taking care of them!
End of soapbox.
Posted by High Desert Living at 12:39 PM

I love gardening too. Its so theraputic. It is the cleanest case of love I think I've ever experienced.... you nurture, you are nurtured in return. No strings, no drama. If you fail, there is death, which can be the cleanest case of failure as well- or maybe just pure tragedy. Its a good way to experience all aspects of life without emotionally draining yourself... failure, death, tragedy, success, satisfaction, and in the end...joy.