Following the reunion, we felt the need to "get away" We had no destination in mind, really, just headed East, out of Prineville into the Ochocos. Nice weather, looking to see some new territory. And, we did. Good thing it was a nice, sunny day. We covered a lot of territory - probably passed up a few better camp sites, but finally ended up in a small USFS campground along the Crooked River near the headwaters. No fish, unfortunately. But it was relaxing. Abbey really enjoyed being out - she got to sit for hours at the base of pine trees waiting for the chipmonks to reappear! There was a group camped at the other end of the place, I went down to pay and had Abbey with me. I went over to talk to 3 women who were sitting around, they had a couple of dogs - I asked if they were friendly, then took Abbey over to meet them - she and one of the other dogs did the growly thing with their tails wagging - I wasn't worried, but the lady freaked out and said "get her away - I don't want a fight". Now, if you know Abbey, you know she's not a fighter - the dogs were just talking. But, I took her away and went back to our end of the campground and never went walking back there again!
Dean and I both got a lot of reading done. And our new solar panels worked great for charging the batteries so Dean could use his breathing machine at night. When it got dark, we could still stay up reading, too! 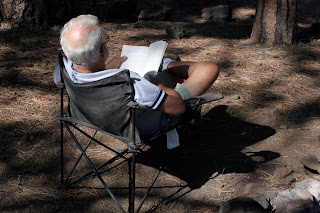 Dean spent a lot of time working on his carving, too. I took this photo to send in to Deschutes for their website where they post photos of people, in mostly exotic places, with their brew. 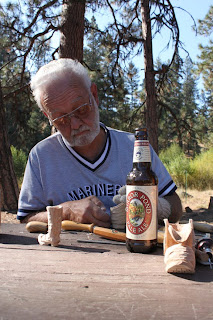 Here are a couple of his boots - his carving specialty. When we returned home, Dean headed for his workshop and I haven't seen him much since. He and his brother, Larry, are going to have tables at a couple of bazaars - trying to makes a few extra $$$. I will post more photos of Dean's work, but here are a few of his things. 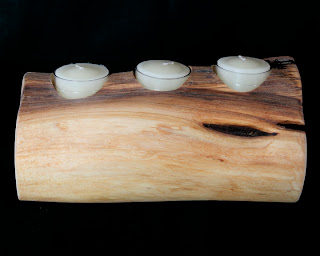 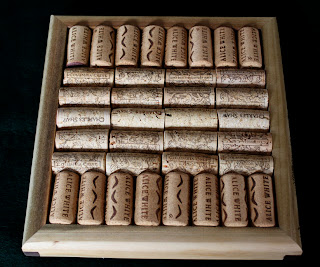 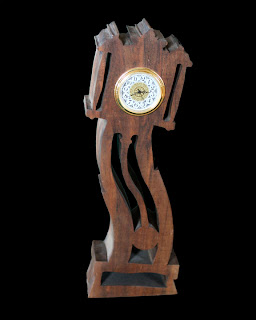 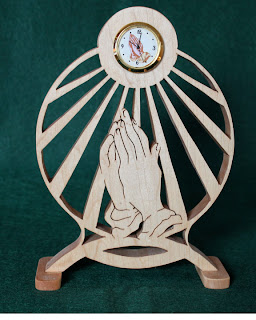 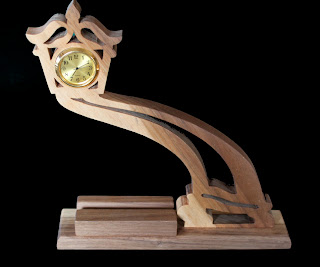 This table full has grown a lot since I took this photo. More to come. 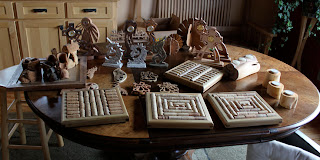 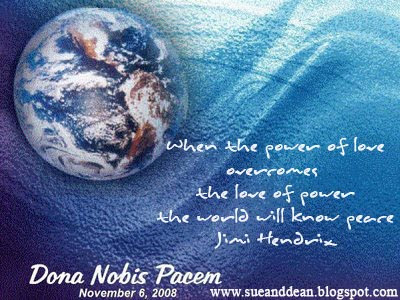 Posted by High Desert Living at 10:43 AM No comments: