From a laundromat in Soldotna..... 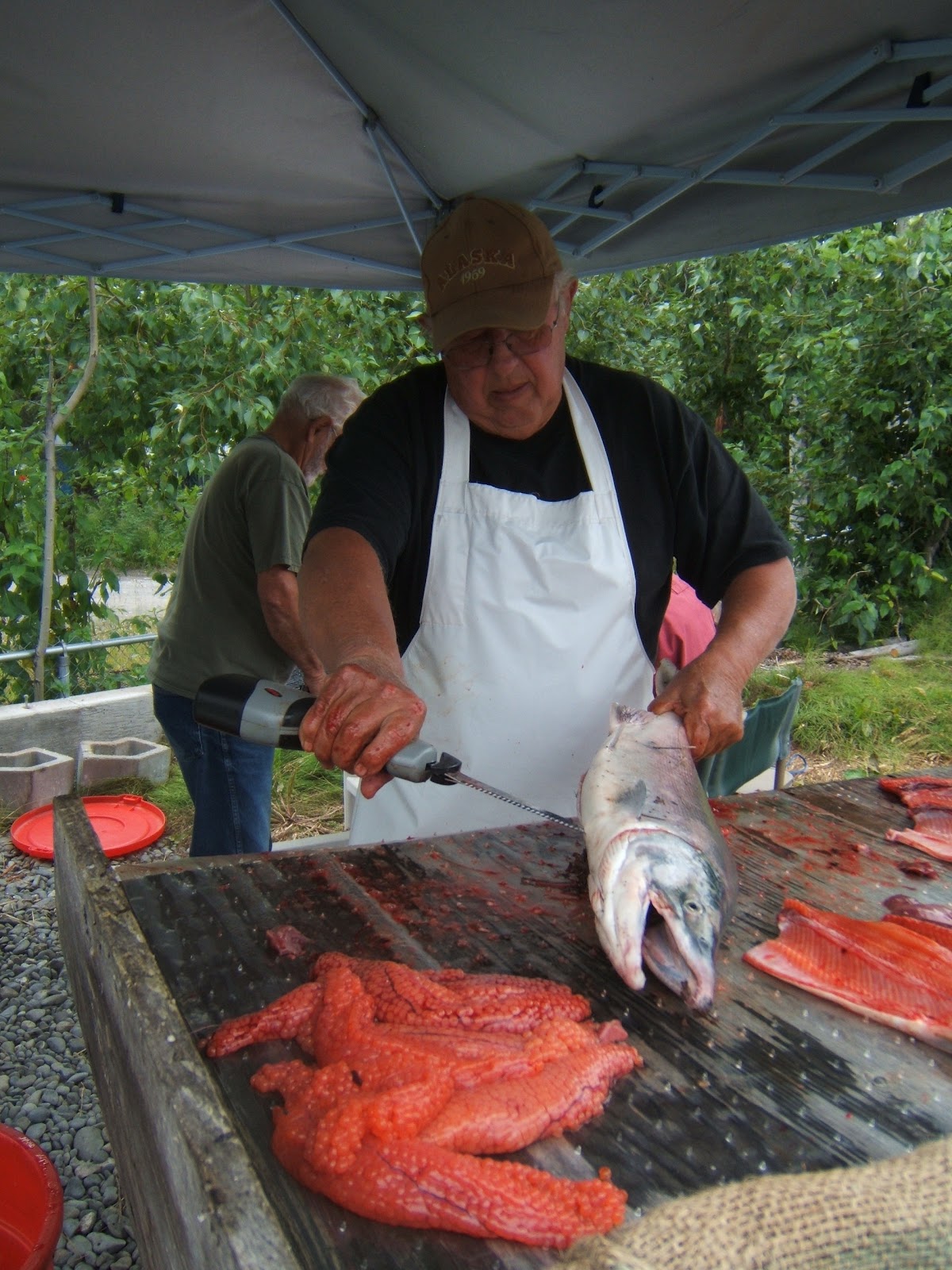 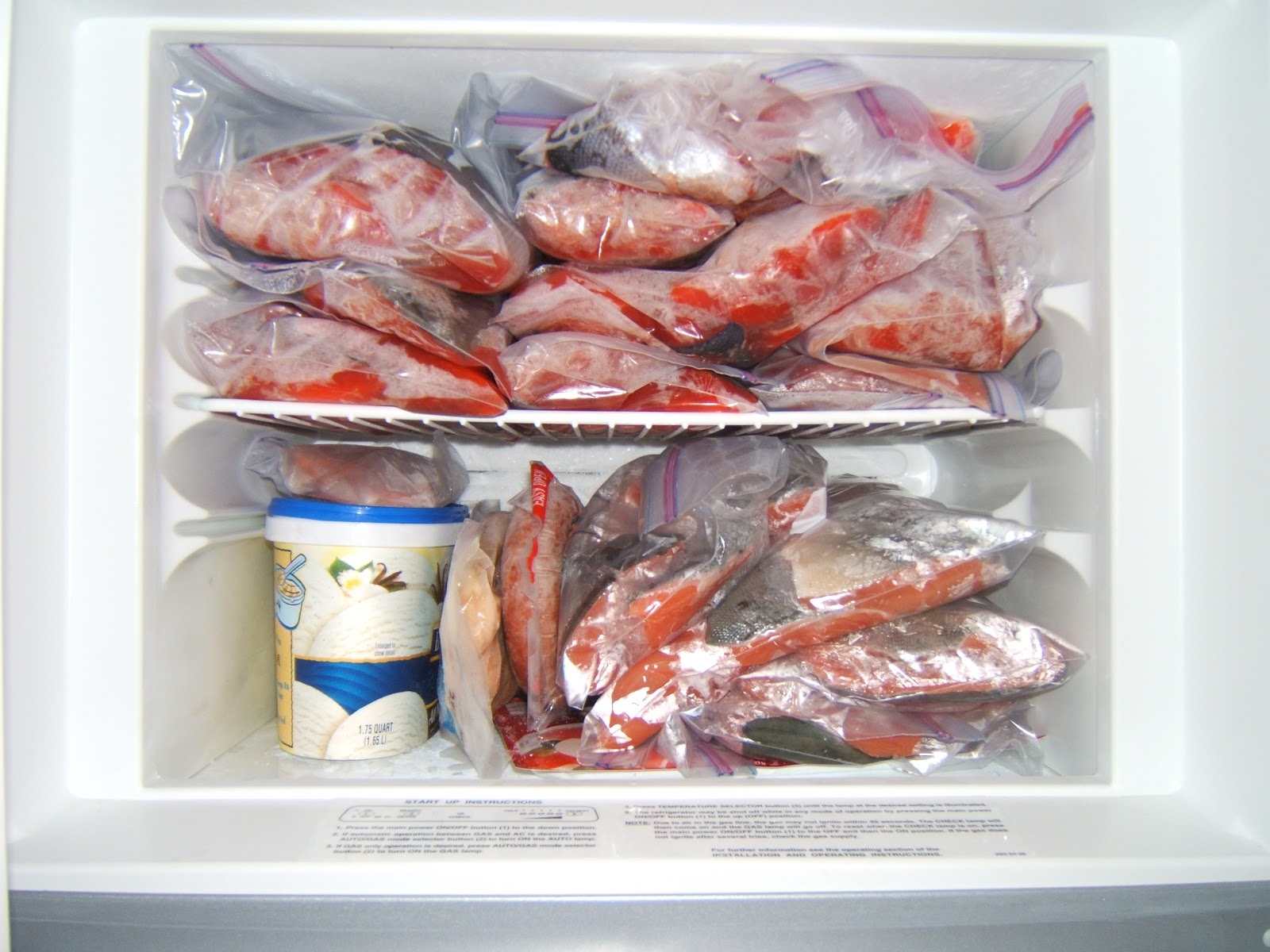 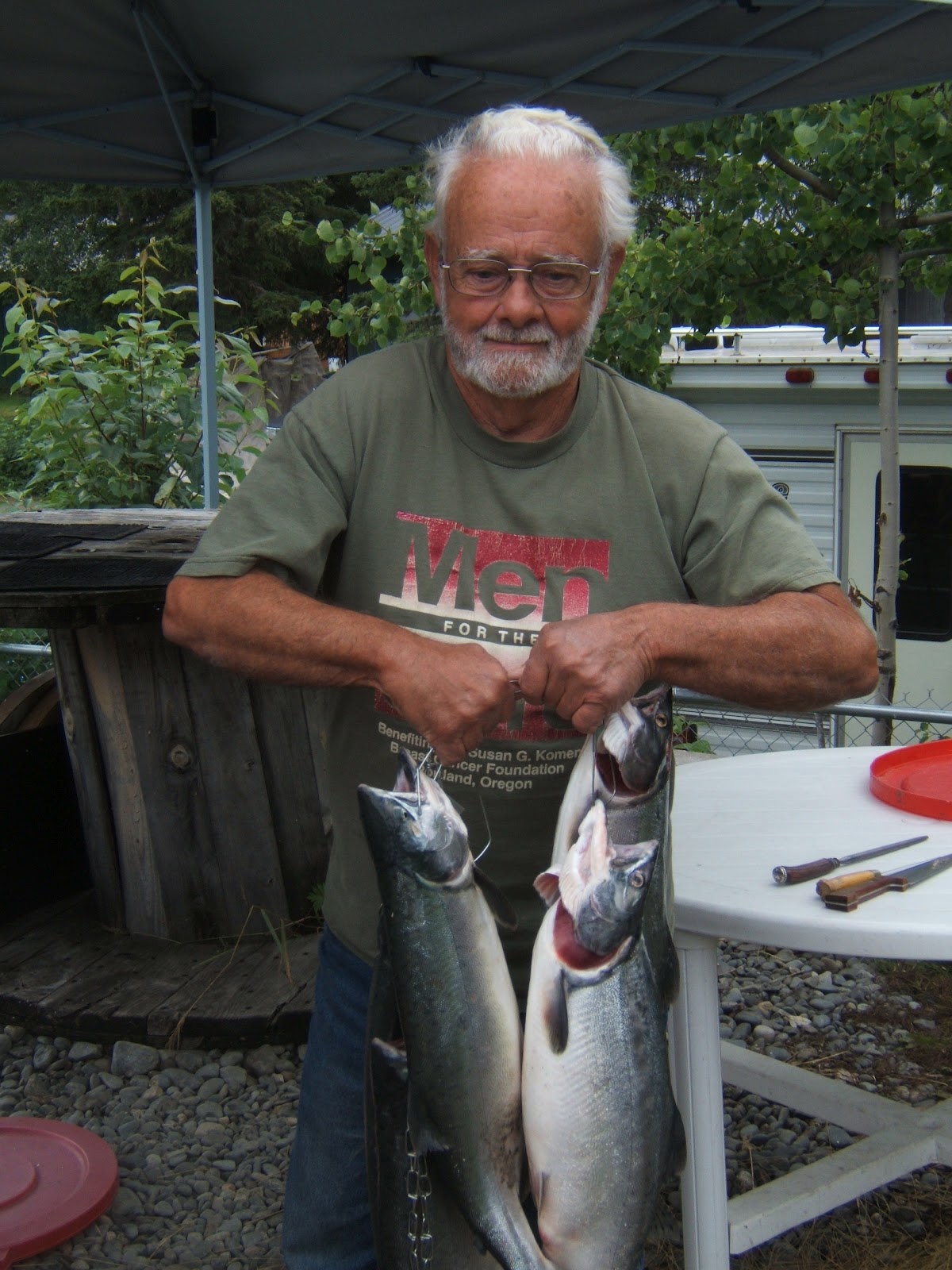 Well, we left Anchorage Thursday AM in pouring rain.  Drove out what would be a beautiful route on a non-rainy day, up to Girdwood, around the end of the bay on what is appropriately called the Turnagain Highway and through the mountains to Soldotna where we dumped and filled at Freddy’s and eventually found the home of our wonderful hosts, Grace and Don, who have a cabin and a couple of small lots in an area of part-timers dedicated to fishing the Kenai, and boy, do they know their stuff.  We crowded all 3 motorhomes onto their parking area - 1 small, 1 medium, and 1 larger.
The first night we were here, several of the guys got together and cooked us dinner - BBQ pork loin, dirty rice, fruit, coconut deep-fried salmon, Wow!!  The following night, Rick cooked 5 (yes, 5....) chickens and gave Janet his special recipe for Greek Pasta Salad.  Another Yum!!  The next evening, I made a Tetrazzini from the left over chicken - yes there was some left over - and Zenna made a big green salad.  And the next night was fresh salmon on the BBQ by Janet and a lot of left overs.  The salmon was silver which, according the the locals, does not freeze well, but it sure was good fresh!!
Monday (Happy Birthday Janet and Happy Anniversary Grace and Don), Jim fished on the gravel bar and limited, Dean and Larry went with Don and they got a bunch more and threw back a bunch.  The freezer is now FULL!!!  And we have a pretty big freezer for a small RV!! 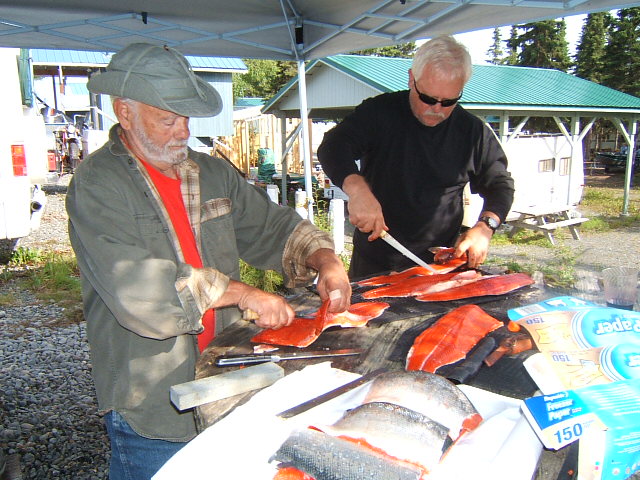 Most of today’s catch is going home to be smoked in brother Larry’s smoker.  We’ll divide the rest when we are ready to part company with the other 2 rigs.

For whatever reason, none of my photos would load today.  So, I'll just finish this by saying we are now headed to Homer, then back here and to Kenai, then Seward, Whittier, and Girdwood.  Hopefully I'll be able to post the photos soon.

I think they uploaded several times somewhere along the way! Great photos - I'm enjoying your trip.